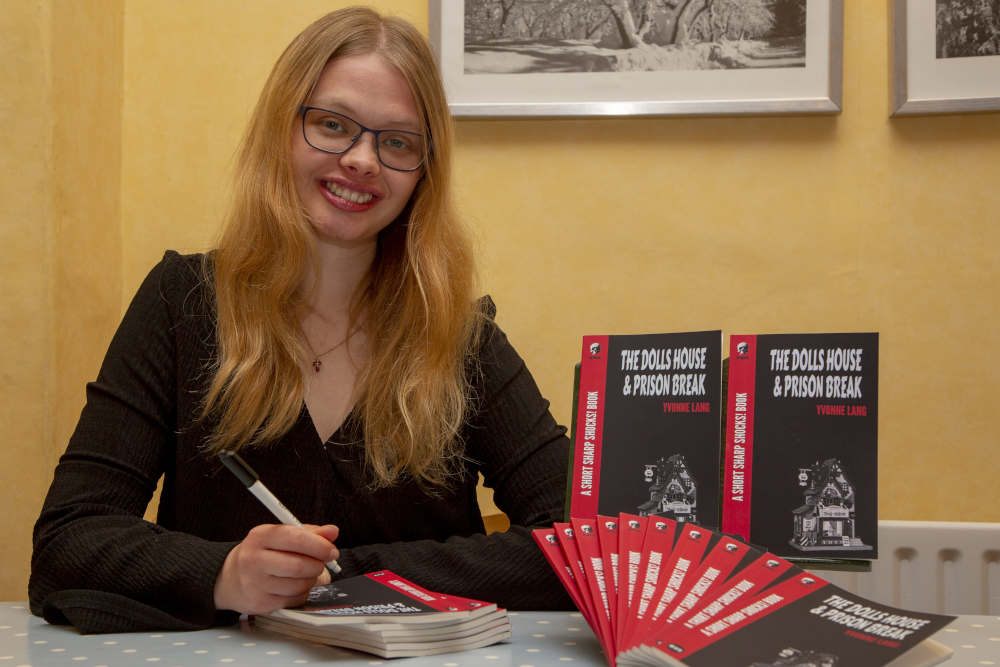 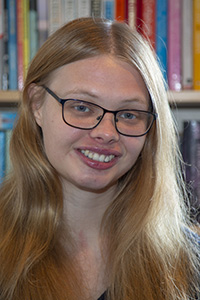 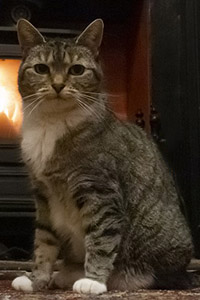 Yvonne was a librarian for fifteen years and now works in children’s publishing. She has been an avid reader and creative writer her entire life. Her short stories and comedy articles have been featured in a range of publications, from Sugar Magazine to Your Cat Magazine, as well as local publications and ranking highly in competitions throughout the UK. Her latest horror stories have been published as part of the Short Sharp Shock Series by Demain Publishing and are available on Amazon. She resides in Yorkshire, England with her partner and cat. She is well practiced at writing, typing, editing and proof reading around the cat who will guaranteed be on the necessary pen/pad/keyboard/blocking her vision. It has improved her touch typing though.

Yvonne is regularly published, read some of her work: 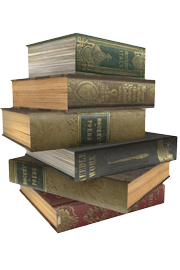 A piece of micro fiction by Yvonne featured on the 50 Word Story website on 11 January 2022. 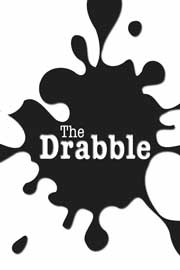 A new story of Yvonne's, 'Repercussions of Random Acts of Kindness', has appeared on The Drabble as January 8th's daily drabble. 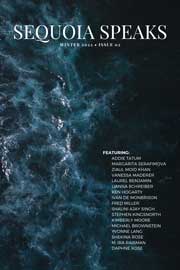 Yvonne has a short story, 'Silent Companions' telling the tale of a young lad using bird watching as a way to rebuild his confidence after finding himself in foster care in the latest issue of Sequoia Speaks.

Her work features alongside a whole host of other brilliant authors and poets pieces. 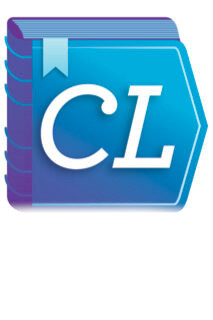 All Seeing Izabella featured on Commuter Lit. You can read the story here. 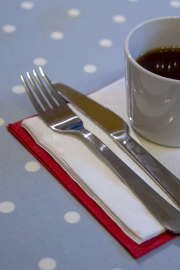 Yvonne's short story 'Serving of Revenge' has been chosen as Simily's Story of the Week. You can read it via the link below for free, make sure to register if you want to check out other stories on the site. 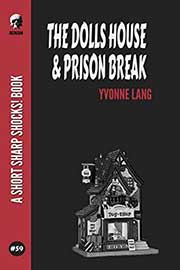 Yvonne's debut book has now been released as a paperback available from Amazon. 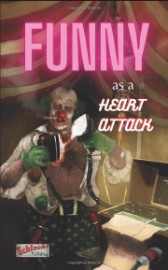 Clown Camp features in the anthology

One of Yvonne's stories 'Clown Camp' features in Schlock's Funny as a Heart Attack anthology - a collection of clown themed horror stories. 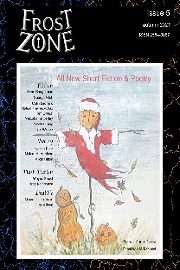 One of Yvonne's short stories, "Decisions at Christmas", is published in Issue 5 of Frost Zone Zine. 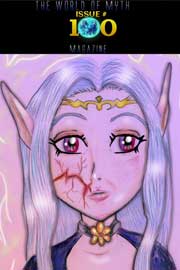 A humorous science fiction story of Yvonne's has been included in the 100th release of the fantastic World of Myth Magazine.

A piece of Yvonne's flash fiction, An Eye for Art, appeared as 101's daily story on September 11. 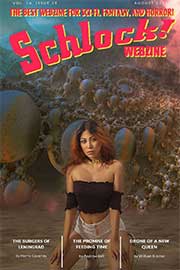 One of Yvonne's horror stories is featured in the August 2021 issue of Schlock Webzine which is available to buy from Amazon.

A triple drabble of Yvonne's featured as Trembling with Fear's unholy trinity. 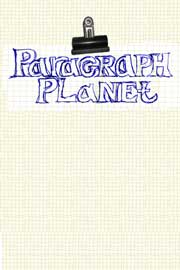 Paragraph planet has featured another story of Yvonne's. Ignored Love was published on 24th July 2021.

Yvonne has had a drabble featured on 'The Drabble'. 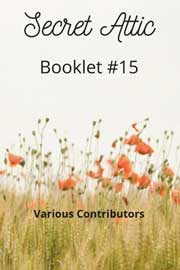 One of Yvonne's stories was shortlisted for the The Secret Attic monthly short story competition. It features amongst other winners in booklet 15. 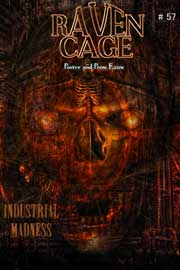 A piece of flash fiction by Yvonne was featured as the paragraph on 28 May 2021. 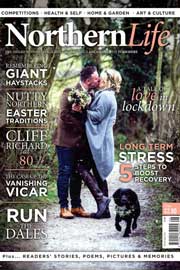 Yvonne's story is in the Easter 2021 issue of Northern Life Magazine. 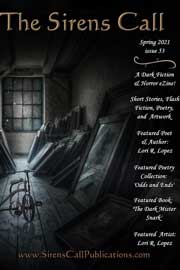 Three of Yvonne's horror stories feature in the Spring 2021 issue of Sirens Call magazine. The entire magazine can be downloaded for free. 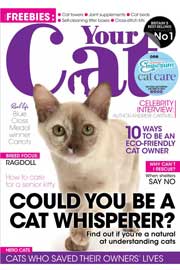 Yvonne (and Roxy) feature in the April 2021 issue of Your Cat magazine.

A drabble of Yvonne's featured on The Drabbe website, titled Seven Second Solution

One of Yvonne's stories featured in CafeLit magazine 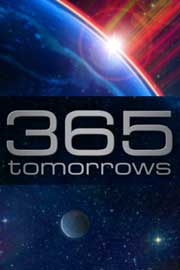 Yvonne's science fiction story 'The importance of self sacrifice' is now published by 365 Tomorrows and was their feature home page story on 21st February 2021. 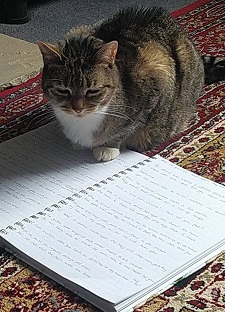 When her daughter Lily is bullied to the point of being suicidal, her mother is willing to try anything to get her back on the right track. She is skeptical when a toy shop owner recommends renovating an old dolls house as a bonding exercise, but she is running out of options so agrees to the purchase. Soon the dolls start to bear a striking resemblance to those who were bullying her daughter, and then the bullies start to become victims of tragic events – that the dolls house seems to know about before they happen. Is the house predicting the future, or causing the accidents?

When Lee is stuck in a holding cell accused of domestic violence on New Year’s Eve despite being the victim and not the perpetrator, he is terrified. He is also locked in there with two other men accused of violence. He thinks things can’t get worse, until one of the other men starts acting strangely and things that cannot be explained begin to happen. Whilst he and his cell mates are all locked up they begin wondering if it is their eyes deceiving them, if they are losing their grip on reality, or if something not of this world is lurking in there with them. 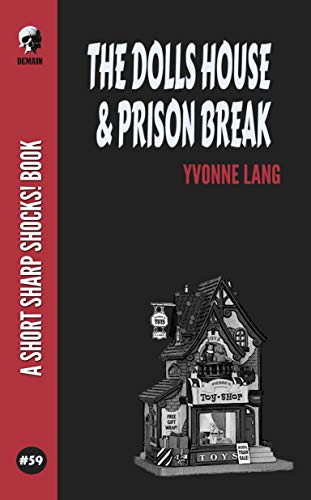 Funny as a Heart Attack

One of Yvonne's stories 'Clown Camp' features in Schlock's Funny as a Heart Attack anthology - a collection of clown themed horror stories.

Clowns are funny--right? Hysterical. You might die laughing at their crazy antics. But there's something creepy about those greasepaint faces, those false smiles, those sinister, staring eyes... Who knows what they're thinking? Who knows what they do, when the laughter stops, when the lights go down, when the clowns quit the Big Top and go--where? Back to the trailer? Out on the streets? Or down to the hell they came from? 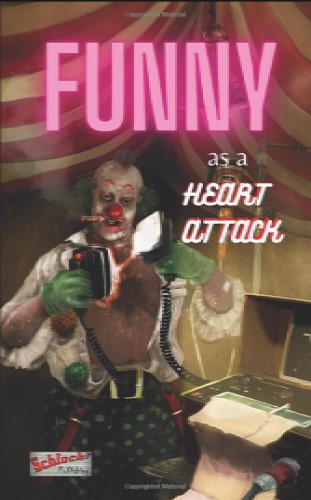 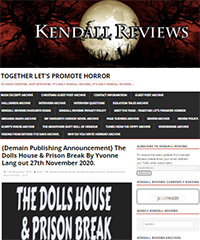